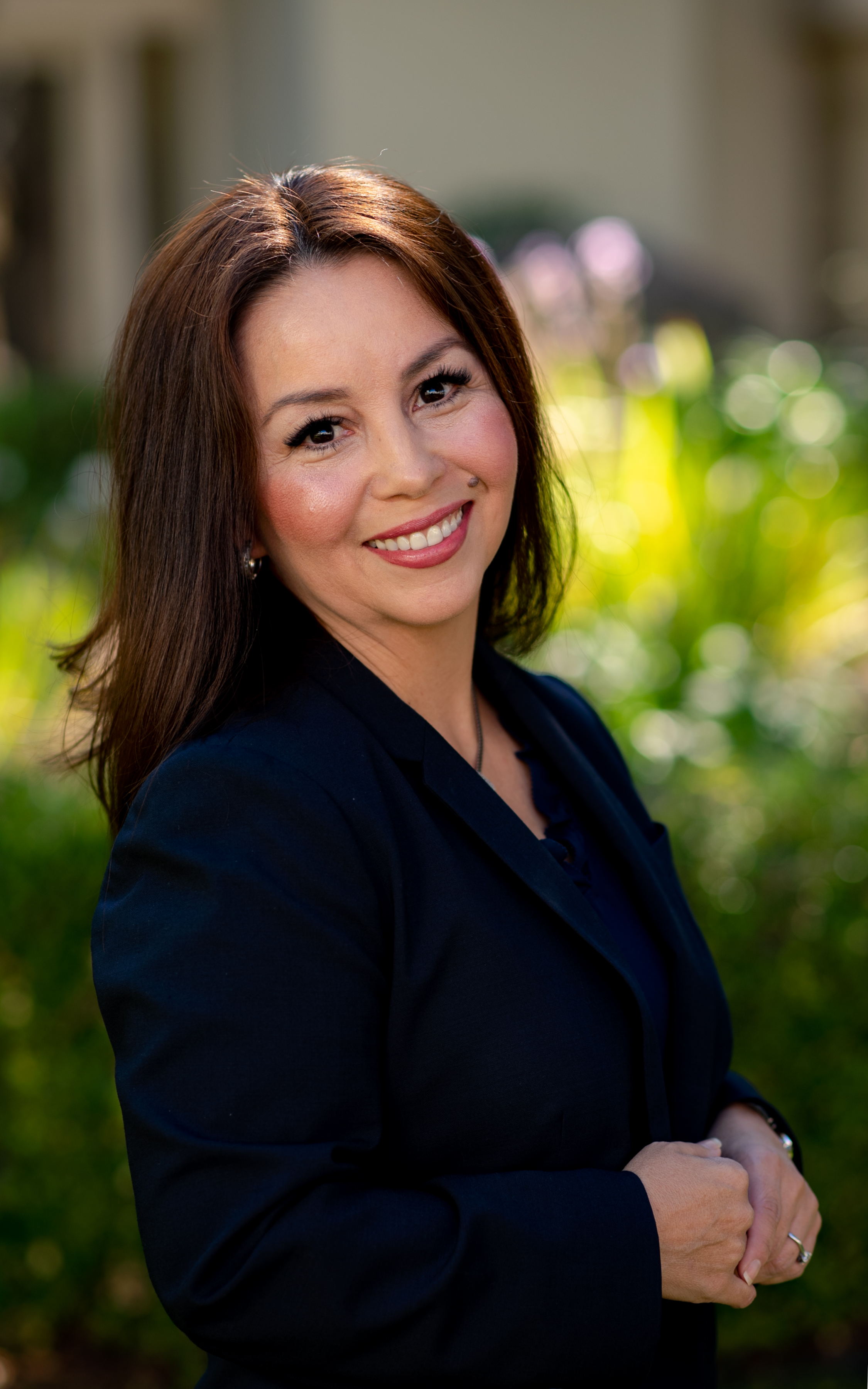 María L. Villagómez is goal-oriented, resourceful, and adept at redirecting her attention between the details, and the ‘big’ picture of an issue. She is a recognized leader and innovator with over 28 years of increasing leadership experience in educational settings.

María taught Spanish Language and Literature courses at Napa Valley College for over 19 years, for which she won the McPherson Distinguished Teaching Award in 2015. As faculty, she served as President, 1st Vice President and Grievance Officer for the Faculty Association and as Secretary and 1st Vice President for the Academic Senate.

María’s commitment to student success in higher education is exemplary. She holds high academic standards and expectations. She understands the essential nexus between the classroom experience and administration. Her primary strength is her ability to take initiative, think proactively, and get the college “ahead of the curve” in terms of anticipating and organizing change. María has brought an educator’s insight into her administrative roles along several dimensions.

For almost six years, María has been an academic dean in the CA community college system. Currently, she is the Senior Dean over two of the largest FTES-generating and most productive divisions at Napa Valley College: Language Arts and Social Sciences, in addition to overseeing the Library and Distance Education. A role under which she secured funding and launched the district’s first laptop and hotspot student loaner program, which helped reduce the digital divide in her community. Also, she led the launching of an online writing tutoring program, which expanded access for students and secured funding for a second Puente program cohort. Her previous positions include Dean of Instruction and Academic Support, under which she secured NVC’s first CCAP agreement with several disciplines, and Dean of Language Arts, Educational Support, and Learning Technologies, under which she led a classroom creation project to maximize space utilization and increase classroom space. She has led and co-led several initiatives that necessitated strong collaboration with student affairs, including designing and seamlessly implementing the automatic student enrollment process, which increased enrollments. She successfully co-led two of Napa’s Guided Pathways Cross-Functional teams, AB 705 and Exploration Pathways. Last year, she was selected
by her colleagues as the Administrative Employee of the Year.

María has always been active in various civic local and statewide organizations including Napa-Solano Girl Scouts, Leadership Napa Valley (alumni), HOPE, Hispanas Organized for Political Equality (alumni), Napa Valley College Leadership Academy (alumni) as well as her local library (volunteer). She serves on ACCCA’s board of directors and the Commission for Finance, Legislation, and Advocacy, and as the Vice President of NVC’s
Administrative/Confidential Senate.